The microbiome - Ecosystem in the lung

The lungs from the perspective of a microbial ecologist.

Oxygen in, CO2 out. Until a few years ago, the exchange of gases in the lungs sounded like a very clean affair, even from a medical and scientific point of view. The healthy lung was considered a germ-free, sterile organ and most textbooks support the view that only in diseased lungs bacteria and other microorganisms can be detected. Today, it is well accepted: Just like in the intestine, bacteria, viruses, yeasts or fungi live in every human lung - much fewer than in the intestine, but they do exist. Researchers refer to the entirety of this community of microbes as the microbiome. Even more important, this lung microbiome is increasingly proving to be an essential component in maintaining lung health and functionality.

DZL-PI Prof. Michael Schloter is a microbiologist and head of the Department of Comparative Microbiome Analysis at Helmholtz Zentrum München. He has dedicated himself to this still new and fascinating field of lung research.

If the lung microbiome "talks," the immune system listens

Schloter knows that the lung is an ecosystem with extreme conditions. Microorganisms find in the lung a few nutrients only to stay active and must constantly fight with the immune system to be tolerated. That is why only a very small fraction of microorganisms manage is able colonize the lung. This fact resulted in big technical problems to detect those microorganisms in the lung and was the reason why the lung microbiome was overlooked for such a long time despite the great interest in the human microbiome.

However, the microorganisms that colonize the lungs are quite important for the functioning of the lungs. They prevent invasion by pathogens, stimulate the immune system, and degrade pollutants in the air to prevent damage to the lung epithelium.

Hen or egg - dysbiosis of the microbiome as a trigger of disease.

A healthy microbiome represented by a stable network of highly diverse microorganisms, is typical and important for a healthy lung. Environmental factors or lifestyle can change the lung microbiome and promote disease as well as limit lung functionality. In most cases, it is however unclear what changes first: The lung epithelium as a consequence of damage after a direct response to environmental challenges which results in changed microbial diversity or the microbiome which triggers modifications in the phenotype of the lung epithelium? This question "What is hen and what is egg?" is of great importance also for the development of mitigation strategies and can so far only be studied well in animal models.

For example, the researchers know that smoking in particular has a strong influence on the lung microbiome and that the diversity of the microflora in the lung decreases significantly, which facilitates the invasion of pathogenic microorganisms, but it is unclear if these changes are a direct consequence of smoke exposure of the microbiota, or an indirect effect triggered by changes in the lung epithelium.

Next step - healthy lungs via the gut?

However, it is also interesting to note that it is not only "environmental influences" that have an effect on the lung microbiome. Through the so-called gut-lung axis, changes in the gut microflora also affect the lung microbiome, for example through the administration of antibiotics. Conversely, the gut-lung axis also offers therapeutic opportunities. Take asthma, as an example: Researchers in Michael Schloter's group were able to demonstrate together with Researchers from the Leibniz Inistitute in Borstel, that oral administration of D-amino acids increased the diversity of the gut microbiome in an asthma-induced mouse model. Asthma symptoms were reduced. 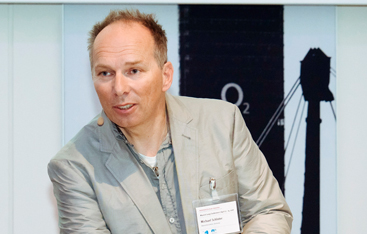