Farm dust against asthma in children 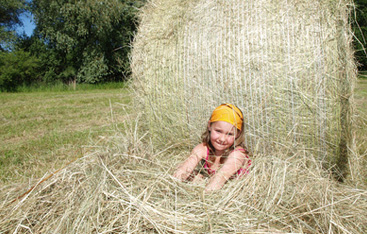 Children growing up on a farm have a significantly lower asthma prevalence.

Their inflammatory reactions leading to asthma are far less pronounced.

This finding is applied by a study at the Dr. von Hauner Children's Hospital of the LMU Munich - and advances this: The team around DZL PI Prof. Bianca Schaub aims to identify a way to transfer the anti-inflammatory effects of the rural environment into a therapeutic agent.

What is known: Small dust particles in the farm environment „make children almost immune“ to asthma. The team around Prof. Schaub could now simulate this effect in the laboratory: they stimulated blood cells of asthmatic children with the farm dust. Result: an anti-inflammatory, an asthma-protective effect.

In addition, the researchers found a protein that is markedly reduced in the blood cells of asthmatic children compared to healthy children. In children who developed asthma until school age, this reduction was already seen at birth. This protein, an anti-inflammatory regulator (TNFAIP3) could serve as a biomarker. Children whose blood contains comparatively little of this regulator have a higher risk of developing subsequent asthma.

Another interesting finding: This regulator with its anti-inflammatory effect was also responsive in children with asthma when stimulated in blood cells by farm dust. TNFAIP3 was then equally expressed as in the blood of healthy children.

This can be translated to further research goals: The biomarker TNFAIP3 will be integrated in the diagnosis of asthma. It may represent a promising future marker for asthma prevention and possibly treatment. At the same time, the anti-inflammatory effect of farm dust will be further investigated. This may be an approach to protect children from asthma even in urban areas. 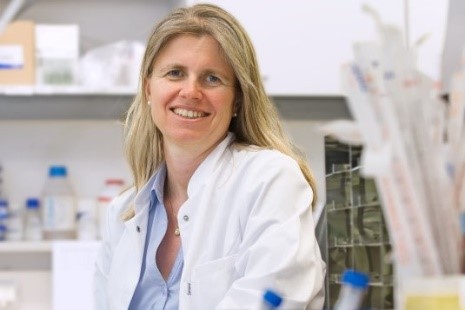 TNFAIP3 is a key player in childhood asthma development and environment-mediated protection.