What happens on the surface of the lower airways during allergies or asthma?

Whether in the nose, in the lungs or the gastrointestinal tract - the epithelium is the top layer of our mucosal tissue. It forms the barrier, the entry control in the direction of the immune system. The epithelium signals the immune system how to handle intruders. If it recognizes harmful bacteria or viruses, the clear signal is: Fight!

Allergens, however, disrupt the cooperation between the lung epithelium and the immune system. In the case of intrinsically harmless particles such as pollen or mite excretions, the epithelium mistakenly sends the signal to fight! The immune system fights against substances that should be tolerated. The result is allergies or asthma.

The E1/E2 paradigm – clear signals from the epithelium

The team led by DZL-PI Dr. Ulrich Zissler from the Institute of Allergy Research (IAF) & Center for Allergy and Environment (ZAUM) wanted to investigate the role of the airway epithelium in immunological processes. The researchers studied the immune reaction at the site of the airway epithelium in allergic patients, when allergens cross the epithelial barrier . In addition, they observed key mediators of antiviral response at the epithelial barrier. The result:

In the event of a virus infection, the "correct" helper cells are formed (Th1), which then act against the pathogens. In the case of allergens, however, the T cells program the "wrong" helper cells (Th2). This mechanism could be a starting point for the misguided allergic response at the airway epithelium. If negative regulation does not occur, the misguided mechanism becomes chronic. The asthma or allergy worsens.

This is an important first finding, says ZAUM Director Prof. Carsten Schmidt-Weber, who puts the lung epithelium at the center of allergy development:

"Up until now, the Th1/Th2 paradigm was limited to T cells. Now we have been able to extend the concept to the epithelial cell - the E1/E2 paradigm. The mechanism we have found about epithelial cells provides a deeper insight into the complexity of the immune response and offers new starting points for the development of therapies for allergic diseases."

The airway surface - the lung epithelium - could be a target for future asthma therapies. An inhalation method that reduces the onset of Th2 cells is already being tested in clinical trials.

Desensitization – Rescue for the helper cells in the epithelium?

Another project at the IAF/ZAUM, funded by the German Center for Lung Research (DZL), focused on a new anti-inflammatory mechanism in the lung epithelium. It is interesting that this mechanism is triggered by allergen-specific immunotherapy (desensitization) against grass pollen.

The scientists first examined the induced sputum of asthma patients - coughed up secretions from the lumen of the lower respiratory tract. During the immunotherapy they observed an activation of a specific protein in the lung epithelium, the secretoglobin 1A1. SCGB1A1 triggered an anti-inflammatory process in the immune system. Dr. Ulrich Zissler explained this finding:

„We observed this regulation not only in asthma patients, but also in hay fever patients, who normally show symptoms in the nose but not in the lungs. The secretoglobin investigated in this study could be an early warning system for the development of asthma and this discovery can lead to new therapeutic approaches.“

The IAF/ZAUM researchers have thus also discovered a previously unknown role of the epithelium as an anti-inflammatory antagonist of allergic inflammation. In the future, this mechanism could lead to inhalative treatment methods that stop allergic reactions already in the lung epithelium right at the entry control, so to speak, and not only after the allergens have already passed the barrier. 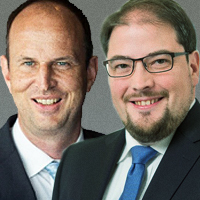 Shu-Hung Wang et al., Allergy, 2021:
An exhausted phenotype of T H 2 cells is primed by allergen exposure, but not reinforced by allergen-specific immunotherapy

Frey A et al., Front. Immunol. 2020:
More Than Just a Barrier: The Immune Functions of the Airway Epithelium in Asthma Pathogenesis